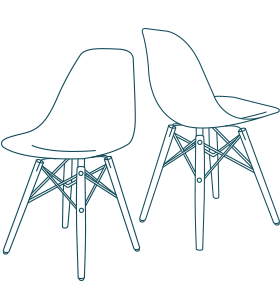 Opportunity is sometimes one step away from crisis. But it’s not an easy one to make without a boost.

Whether you’d like to solve a persistent problem, or to find a way out of a more critical situation, Adventif helps you to restore your team’s cohesion.

The content of the intervention will mix individual interviews and collective workshops.

If a problem keeps on occuring
Despite all that has been attempted in order to solve it,
This is because those attempted solutions
Keep the problem going.

From there on, « helping » implies to slow things down in order to avoid repeating over and over again what seems to not work.

Fair enough… but slow down what ? or whom ? to do what instead ?

These questions deserve to be thought about, as their answers are very context-sensitive.
It does not only depend on you.

In the beginning, opinions will diverge, at this is part of the normal process.
But there is nothing stopping you from trying out something different…
As long as your thing this can make a difference of course.

In challenging times, it is best to think in terms of change.

What you will need to accept once the problem is solved

A crisis is essentially a transition stage between two stable patterns of organization.

What matters is first and foremost to figure out how these patterns differ, and to know what difference to focus on in the change process.

The starting point in the reflection is somehow unusual : there is a need to change something, but we don’t know what or how.

Until we know what these differences are, stakeholders are likely to engage in the meantime in what they believe is the most appropriate behavior for themselves. Yet, such initiatives can backfire.

In reality, all stakeholders have something to lose and to gain in the change process.
Independence, security, freedom, personal recognition, new challenges. Something.
But not the same thing. And not necessarily at the same time.

Adventif’s job is to make you ask new questions. The choice of the answers belongs to you.