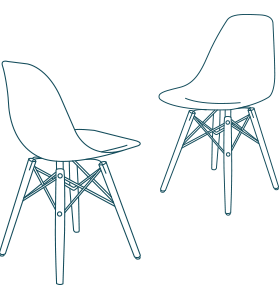 You already know about coaching.
But you wonder how Palo Alto differs from other approaches.

One should not rush immediately into solutions.
We try first and foremost to get a sense of what the problem looks like…
… in the client’s vision…
… not in ours.
… in his interactions with his environment.

This prudence in asking serves a strategic purpose – that of not repeating once more what did not work out so far .

We do not match a solution with a problem. Instead, we match it with an objective.
Attempted solutions are previous initiatives that aimed to move from the problem to the objective.

Example.
« Have a daily meeting with Mr A. » can either be :

The previous chapter has different implications :

There are no obvious problems. It all depends on the meaning one gives to a behavior in a given context. A same behavior might be interpreted in very different ways in different settings.

Humble attitude is the coach’s best friend, as he does not know better than his client what the field looks like, nor the weather, nor where the pitfalls are.

We are on the lookout for :

This appraoch is brief thanks to the questions that are deliberately not asked.

No investigation on what caused the problem in the first place, for instance.

On the contrary, details about what is going wrong here-and-now. The right amount of details if possible. Neither too many, nor too few.

And a very strict selection between the core of the problem and peripheral elements.

Far from being a miraculous approach which would succed in 5 sessions where others fail in 10, its main ambition is to ease the change process.

Foster changes. Restore freedom of movement in a system which became rigid over time.