Set the right conditions for change 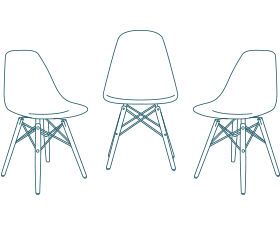 Change is in the air, and you are in charge.
Adventif helps you in this process, creating conditions alongside you to succeed.

How will you tell this change is a success ?

You may find it tempting to answer with something along the lines of « change will be achieved when the system’s performance is good ».

Not wrong. But it’s worth digging further into the conditions of this performance.

In any system, reaching a goal requires efficient interactions between its elements.

Yet, an organisational change shakes up old habits, one after the other. Change might be local to start with, still there will be few places that will not be impacted down the road.

It is human to react to this new deal with either of the following attitudes :

Both attitudes are understandable. However, they sadly turn out counter-productive at a more global scale.

Managing change in a systemic way means talking about differences, and what those differences mean to stakeholders.

What matters is not so much the fact that all consequences of the change have been thouroughly detailed or anticipated, but rather to get genuine stakeholders’ buy-in.